The History of Food Preservation

The Early Days of Food Preservation

Millions of years ago food consumption was harvest, eat, repeat for anything that could rot, and back then, that meant everything.  The concept of food preservation can actively be traced back as far as 12,000BC, but cavemen were probably accidentally freezing or drying things long before that. Since then, however, food preservation has had some very important changes.

In the beginning of food preservation, it was seen as a household task primarily through smoking, drying, and pickling. At home preservation ensured access to food through harsh winters and less than ideal crop seasons.  It is not until the 19th century when food preservation began to move to a larger scale… and we have Napoleon to thank for it.

Napoleon began searching for a better way to preserve food as his army was routinely dealing with malnutrition and scurvy outbreaks due to poor food storage. He set out to remedy this offering French chemist Nicolas Appert 12,000 franc to find a better way to feed his troops. It was Appert who discovered that food heated in a sealed container would remain preserved until the container was opened, so long as the container did not leak. Roughly 150 years later this discovery would give way to what is known as the Cook Chill method.

Cook Chill was first introduced in the 1960’s for catering purposes and has since revolutionized the food industry. Using the Cook Chill method, food can be mass produced weeks in advance of when it will be consumed without fear of spoiling or losing the integrity of the meal. For catering, this means not having to prepare entire meals for hundreds of people in one or two days, allowing for more elaborate options. Restaurants can expand locations into chains and receive consistent results at every location. And anyone using a Cook Chill System can be confident that the food they are presenting has been safely preserved and stored. Food preservation is vital in preventing food spoilage, and preventing food spoilage is a major player in today’s food industry. Proper preservation protects against food poisoning, reduces food cost, reduces waste, and increases shelf life and convenience. All things that are a big concern for any food related business. 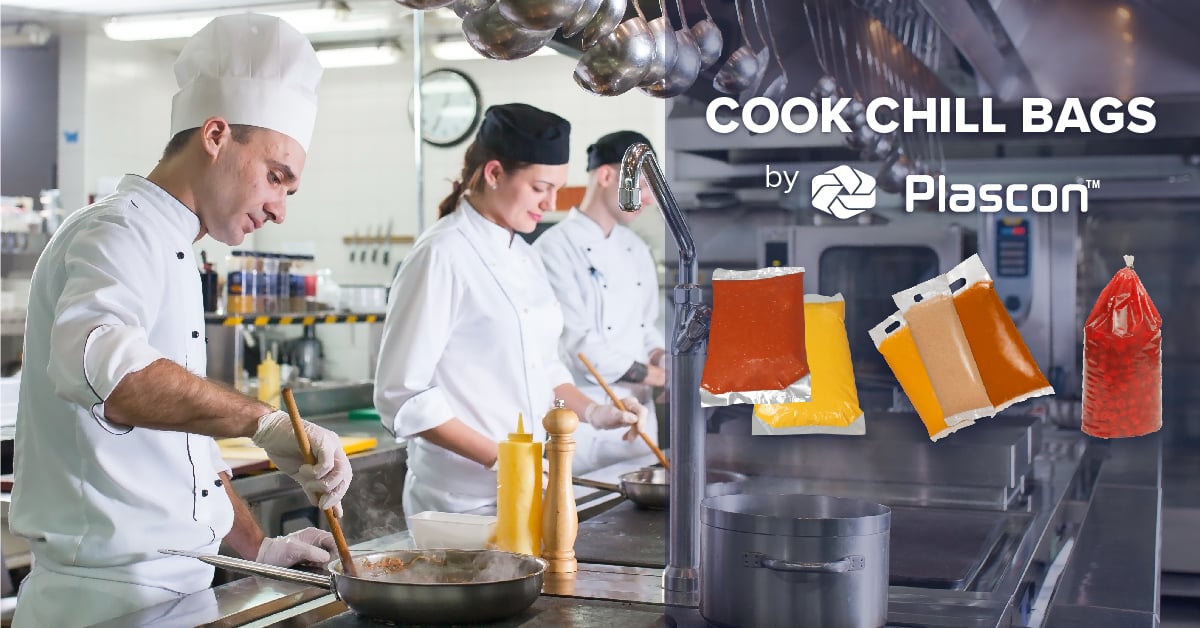 Preservation technology has gone through many advancements since cavemen accidentally started freezing mammoths Thankfully, today’s advancements are making food preservation better, and easier than ever. At Plascon, we are proud to be a part of the advancement of food preservation. From our multitude of Cook Chill options, to our innovative Saftea® Tea Urn Liners, Plascon has your preservation needs covered.